His father’s wheezing, hacking cough positively irritated Zack. He suffered a momentary pang of guilt, knowing full well that he should have been feeling pity and grief and all the other emotions normally associated with the rapidly approaching death of a family member. But still, the contempt, disgust, and impatience remained.

Cardboard boxes hastily and haphazardly sealed with packing tape, and plastic garbage bags filled with this and that lay scattered about the house. A U-Haul truck was parked outside, the sliding door up, halfway loaded with furniture.

“He went out to pick up some burgers for us.”

There was an extended pause. More coughing. A bit of dramatic throat clearing.

A moment of silence.

“Gimme a cigarette, will ya?”

Zack got up, went over to the table where a pack of his father’s cigarettes were, fished out one, put it in his father’s lips, and flicked the lighter for him. His father puffed hungrily.

Zack returned to the box he had been sealing up, the last one left.

“Of course. Don’t even know why you’re packing it up. Hell, why don’t you just throw it all away.” There was a hint of self-pity in his seemingly jocular tone. Zack rolled his eyes.

“How to Win Friends and Influence People by Dale Carnegie.” He held the book up for his father to see.

“Ah, that’s a good one. Really helped me out when I was selling double-wide trailers.”

“That was yours when you were a little kid, wasn’t it? I remember you took it to bed every night, what’d you call it? When you got older you put it in the trash, but I fished it out and saved it.”

A brief flashback of Saturday mornings, up before everyone else, watching cartoons, Scooby-doo in hand, sitting on the carpet. Low voices of Mom and Dad still in bed, waking up slowly. There was a twinge of sadness and nostalgia. But it only lasted a brief instant. He stuck his hand in the box again. 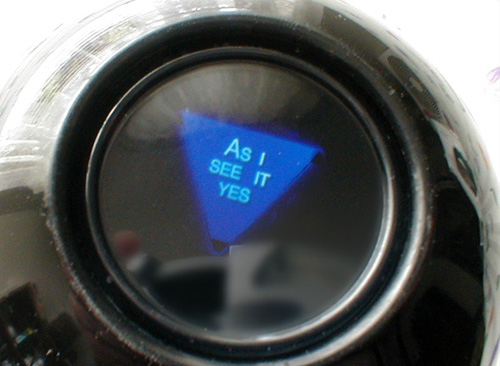 “You think I’m joking. I ain’t joking one little bit.”

“Honestly, Dad, I could care less.”

He fixed Zach with a strangely intimidating stare that somehow unnerved him. In the past, he’d used a similar stare as a prelude to some kind of punishment. Like a whack on the behind, or a fit of angry yelling, or give me back those keys, you’re not going anywhere with that car until you learn respect, or whatever. But somehow this wasn’t exactly one of those stares.

“I could throw this idiot ball in the trash is what I could do,” Zack sullenly remarked, as if to make light of the sudden tension in the air.

There was a deep sigh from the father, followed by some weak coughs. He rubbed his eyes and looked tiredly out the window at the truck.

“Sure, go ahead and throw it away. Right along with Scooby-doo. Might as well throw your old man in a dumpster while you’re at it.”

“They’re going back in the box and I’m taping it up,” retorted Zack, unmoved in the least.

He handed it over. The father shook it.

“What was the question?”

“Wouldn’t you like to know? Lemme shake it again. Alright. Now we’ve got 'My sources say no.’”

They fell silent again for a while as Zack taped up the last box. Between extended fits of coughing, his father continued to shake the Magic 8 Ball and chuckle quietly to himself as other messages came up.

“You just find that endlessly amusing, don’t you?”

“No more or less than anything else.”

Zack gazed thoughtfully at his father as he shook the ball yet again.

“You know Dad, I’ve always wondered what it looks like if you bust it open.”

“Why would you ever wanna do something like that?”

“Have at it.” He extended it outward to Zack.

“Do it, son.” His voice was low and full of odd tenderness. “Do it because it means a lot to me.”

“Well, it looks pretty solidly constructed. I’m not quite sure how to bust it open, really.”

His father motioned to get up and began coughing heavily again. Zack assisted him to sit down. Then, he went to the tool box and got out a hammer.

“Look here, Dad, I got the hammer. Now, how do you honestly expect me to do this?”

“Give it a good tap on the window. It’ll crack open, I imagine.”

He tapped the hammer lightly on the window, which read “Outlook not so good.” Nothing happened.

“Alright, you asked for it.”

Zack brought the hammer down with a burst of force. The glass shattered and some nasty, stale-smelling, inky liquid spilled out. Zack rushed over to the sink and dumped out the rest. The plastic oracle inside the ball was too wide to get through the hole, so he hammered the black outer shell until it cracked in half. He then handed the white geometric shape to his father, who scrutinized the familiar messages.

“So, back in the day when I was dating two girls at a time, and I asked this Magic 8 Ball about your mother, that’s the answer I got.”

“Of course, you think this is just a bunch of bull crap.”