Memoir of a Dance Floor Kamikaze

In the late 70s, "disco sucks" became an often-used phrase among certain segments of the American population. The slickly-produced new variety of dance music was so reviled that a "Disco Demolition Night" was held at a Chicago ballpark in 1979, during which disco records were collected and destroyed with dynamite in the center of the ball field. The aversion to the music style was partially understandable. Disco wasn't angry and rebellious. There were no screaming guitar solos, and no long-haired guys in tight pants howling into a microphone.

Disco made no attempt to provide deep insights into the human condition. There was only one demand made of the disco listener: Get out on the dance floor and have a good time. To many white males, this was a cultural development that seemed totally unacceptable. They perceived that, in order to win the affection of the ladies, they were now expected to strut their stuff on the dance floor like that pompous peacock played by John Travolta in the movie Saturday Night Fever. 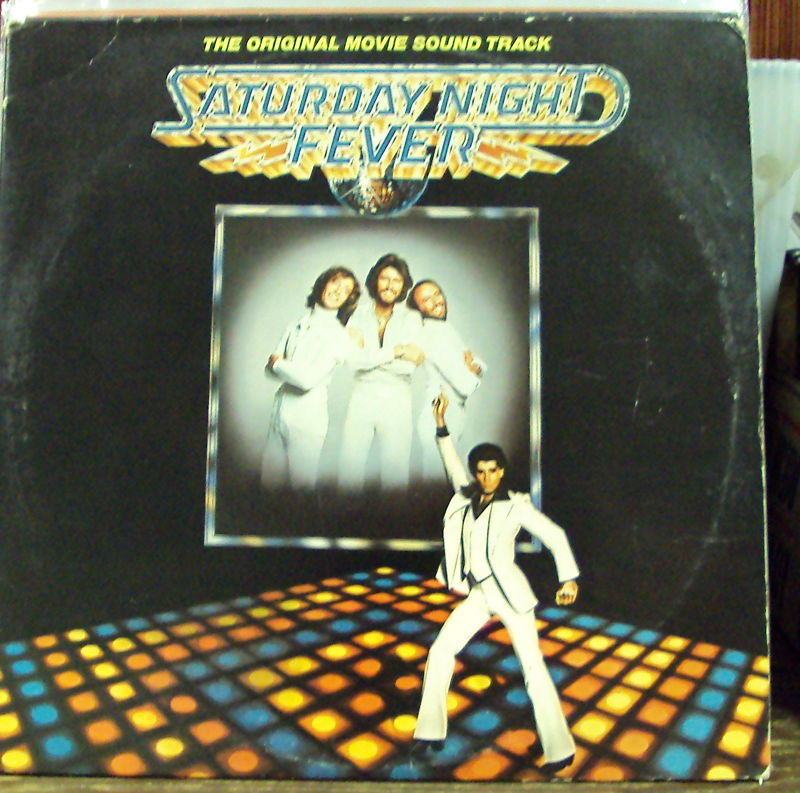 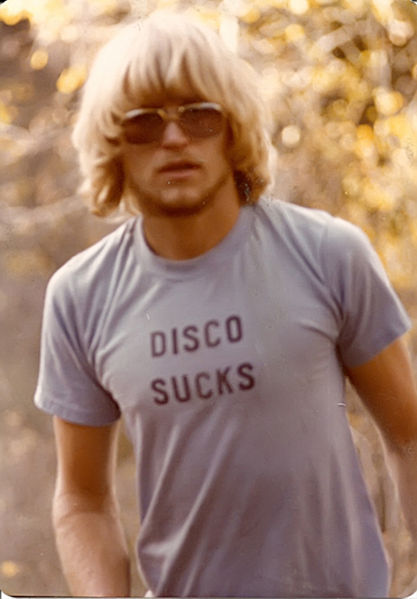 In my early adolescence, I wondered what this war on disco was all about, and I set off on a reconnaissance mission into enemy territory. I borrowed my sister's copy of the Saturday Night Fever soundtrack album and snuck back to my room to listen to it. As the first song began playing, it seemed strange that I was not repulsed by what I heard. I continued to listen. The music was cool and fun and laid-back, and it had a good beat. After hearing all four sides of the album, I came to the dark realization that I actually liked disco music. When a music producer known as Meco recorded disco versions of the Star Wars and Close Encounters themes, it sealed the deal for me. I took the recordings as my personal invitation to the dance floor: I didn't need to be cool like Travolta, nerds could dance too. To be honest, most of my nerd friends didn't buy into the Meco thing. As much as they loved Star Wars, they had no intention of dancing, ever.

What the doubting Thomases didn't understand was this: You don't dance to be cool or to impress the ladies, you dance because you have no choice. When you hear that funky beat you just can't stop yourself. In fact, there were times when, as a member of the enlightened, your inability to control your dancing could become a social liability.

My first experiment in public dancing occurred at the age of 16, when I took a trip with my mother to a religious retreat in Ohio. I was looking forward to seeing my friend John there, who had moved away from my town a couple of years before. I saw John as the big brother I never had -- even though he was a year younger than me. He read a lot of books and had something profound to say on every subject. Like Mr. Spock, he was a creature of pure logic. I had wanted to be just like him, but things had started to change around the time he left town. I was no longer the sci-fi nerd I used to be. He had become involved in the ROTC, but I was more interested in art and music.

During the course of our stay at the retreat, there were numerous meetings each day devoted to different aspects of religious study. I found myself getting quickly bored with the situation there in Ohio. I was more interested in some of the girls there than the religious instruction. One day John and I discovered that some of the kids around our age had arranged to have a dance party in the afternoon, in one of the vacant rooms, with the understanding that there was to be no booze or other immoral behavior, of course. John and I entered the room where they had set up a small PA system with a turntable. One of the kids was playing DJ while a couple of girls were dancing playfully in a small dance area. Several other bored teenagers lingered around the room. As I stood there having a "to-dance-or-not-to-dance" moment, "Urgent" by Foreigner, of all things, began to play and I absolutely lost control. I jumped in there and gave it everything I had. The challenge had been thrown down, and now I had to show those people I was serious.

My dancing style, I discovered, was an approximation of what I had seen on American Bandstand combined with lots of Woodstock-style free expression. There were 4 or 5 of us who were dancing, and we really got into the spirit of it for a couple of songs. It was the most fun I had on the whole trip. My friend John, however, had not been amused. When I stopped dancing I looked around and he was gone. Had my impromptu dance moves caused him to flee the building in embarrassment? I knew he wasn't a fan of dance music, but was it possible that my behavior was cause for permanent excommunication? Sadly, the answer now seems to be yes. John was a nerd to the core, and that day I learned that nothing would get you ejected from the ranks of nerd-dom faster than rhythmic self-expression. We talked very little during the remainder of my trip, and after the retreat I never heard from him again. I made multiple attempts in the following years to reestablish contact through letters and phone calls, but all my efforts were met with silence. It was like he had vanished from the planet, in spite of other friends' assurances that he was alive and well somewhere in the Great Lakes region.

A year or so after the Ohio trip, my dancing got me into trouble a second time. By some odd twist of fate, I had procured a date to the junior prom. She was a cute girl in the flag corps that I had met on the bus during a marching band trip. On prom night, I picked her up in my mom's station wagon. I had on a tie and a nice pair of pants, and maybe a sport coat -- it's all kind of hazy now. I think we were both pretty nervous, and the conversation between us was awkward. We got to the prom and walked around and said hello to some of our classmates. I was impressed to see that a live band had been hired to play that evening. Everything seemed to be going reasonably well, when all of the sudden the band's guitarist played the opening notes of my favorite song, "Funk 49" by The James Gang. I froze in my tracks for a split second, like a man suddenly hypnotized, then made a break for the dance floor area and had a spazz-out the likes of which Louisville, Kentucky had never seen.

For four glorious minutes, I was oblivious to the world. After the song was over, I left the dance floor feeling exhilarated, unconcerned with what the other prom attendees might have thought about my solo performance. I wasn't until my date informed me she was catching a ride home with a friend that I realized something had gone terribly wrong. She had clearly been mortified by what she had witnessed. I don't remember much of what happened after that, except thinking that I had blown it big time, and going home feeling pathetic. Suzie, if you're out there somewhere, I'm sorry I ruined your prom night, but if I had it to do all over, I think I would have to bust a move again. Only this time I might drag you out there with me. You might as well have some fun while you're being self-conscious.

My third purple heart in service to the groove came in the late 80s when I went to a local bar to hear the Red Hot Chili Peppers, a band that was never averse to laying down a funky jam or two. This was in their early days when they were still playing in small clubs. The music was in progress when I entered the bar, and a large crowd of people were dancing in front of the stage. I joined the mob of kindred spirits and commenced to get down in my customary fashion.

Although lots of people were dancing that night, there must have been something defective or bothersome about my particular dance moves. I had been having a great time when I looked out across the crowd and noticed that a large muscular person was running straight in my direction. "Ah," I thought unconcerned, "a slam dancer." I braced myself for the impact, but instead of the usual playful collision, the large white male came at me bent down with his arms outstretched and tackled me football style. I stumbled backwards and landed on my posterior. I think I was probably laughing when I got back up, and thinking, "OK, OK, you've had your fun," but just to drive his point home, my dim-witted assailant decided to tackle me a second time. After that I was pretty pissed, and needless to say, no longer in the mood to dance. I figured that the guy was probably trying to impress his frat buddies, and had decided to make me the entertainment for the evening.

I admit that the Chili Peppers incident took the wind out of my sails for awhile, and since then I've been less inclined to go dancing than I was before. The bastards may have beaten me down, but fear not, for one day this dance floor kamikaze will return to his former greatness and once again scandalize your uppity social scene.