Mary liked to think she was happy with Robert living in their one-bedroom apartment in the mountain foothills. On a typical winter day, you could see the snow in the distance, up above on the ridges, but almost never down below where they were. Like they were on the edge of a promise that was never quite fulfilled. Like the two positive pregnancy tests that never amounted to anything in the end. They were in the same small town as her mother. Mary got a job working the cash register at a convenience store gas station only a few hundred yards from the apartment. She saw her mother maybe once a week or so. Robert had no family there, but he didn't care. He wasn't keeping in touch with any of his relatives. He hated them all. He hadn't found work yet. He wasn't looking yet, either, but it was still kind of early for that, maybe. He'd only been out of work for a month or so. Anyway, there weren't many job opportunities around there. But in an odd way, Mary wasn't particularly concerned about that. She just figured to herself she was comforted by having him by her side, employed or not.

They'd met five years ago at a fancy beachfront hotel, several hours drive down the piedmont to the coastal plain. She was there after flunking out of college her freshman year, and worked a job waiting tables at the upscale in-house restaurant, called Toucan Tom's. He was behind the check-in counter with a serious look on his face as the front desk manager, keeping an eye on the clerks as they interacted in their carefully scripted ways with the hotel guests, making sure that strict conformity to official policy was upheld. He had graduated only a year before from a nearby public college with a degree specifically oriented towards the hospitality industry, designed for preparing him well for a management position at a full-service luxury hotel. He had paid his dues the first year as an intern, and now he had been fitted into a management slot. He seemed determined to succeed, but behind the outward facade Mary could sense a weariness and desperation and disillusion. His efforts to be cordial and pleasant with the guests seemed forced and awkward and inauthentic. She felt kind of sorry for him, and sorry for herself as well, because working at Toucan Tom's most definitely wasn't the life she had envisioned for herself when she was in high school.

They got to know each other better at an employee party, which led to an exchange of phone numbers, which led to a Saturday matinee watching some forgettable film, which led to a passionate encounter at her apartment when her roommate was away for a few days, and then an engagement, and a small wedding with only a few people in attendance, most of whom they weren't in contact with anymore, and then moving into his apartment on the beach. It was a nice apartment, with an extra bedroom in case someone wanted to visit and spend the night, but that never happened. He was making okay money back then. He didn't like his job and she didn't like hers, either. But they were standing on their own, and that seemed good enough at the time. 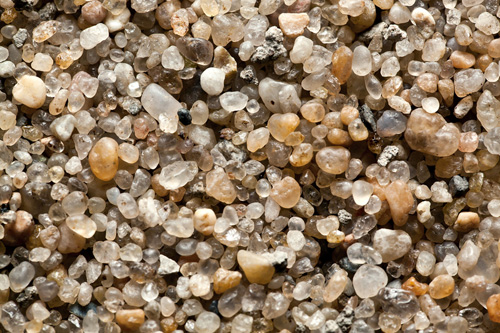 Serious trouble came a few years later. At the time, it felt like a bolt out of the blue, but in hindsight it was clear that the catastrophe had been many years in the making.

Robert had expected to hold his post as front desk manager for a year or two years at the most. After that, he anticipated a conference manager position, with its commissions and significantly increased base salary. True, those posts were quite competitive, but Robert felt he was worthy of the promotion. He put in long hours. He wrote meticulous reports. He stayed on top of the front desk clerks like a hawk.

During his second year as front desk manager, an intern named Dylan without a hospitality degree came in. He was an English major or something irrelevant like that. He was a smiling, easygoing guy with a twinkle in his eye and a pleasant laugh. He liked to party. Robert didn't care for him, and didn't think he would finish his internship. But he did.

And as soon as he did, they handed him a conference manager position. And Dylan thrived at it. There he was over there, grinning and chuckling with some bigshot president of a car dealer association. Then here he was over here, sitting down at Toucan Tom's during a lunch break with the general manager, Mr. Wolfe, talking in low but confident and jovial tones. And after that year, Dylan transferred to Las Vegas, to one of the crown jewel properties for the company, because they needed his prodigious talents, his magnetic personality and inspiring naturalness and spontaneous wit and dead-on business instincts and classic good looks. All while Robert continued to work the front desk.

Mr. Wolfe was always pleasant with Robert. He always complimented Robert on his fine work at managing the front desk, and more than once remarked that Robert was the glue that held the front desk together, and that the front desk was probably the most important area of the hotel's operation. And he raised Robert's salary every year, not all that much, but enough so that anyone with a bit of gratitude and humility would appreciate it. The third and fourth years went by without a promotion.

Finally, on the fifth year, Robert asked for a meeting with Mr. Wolfe. He wanted to know when he might expect a promotion to conference manager. Mr. Wolfe reached into his filing cabinet and pulled out some reports that Robert had never seen before. They were dozens of complaints lodged against him over the years by irate guests who had sharply and disdainfully criticized his personality. Mr. Wolfe read several of these aloud to Robert, who listened numbly. Dumbfounded, Robert asked him why this information had never been called to his attention.

Mr. Wolfe responded that at first he had hoped Robert would just figure out for himself that he wasn't cut out for a career in the hospitality industry, but just couldn't bring himself to do it, and eventually came to the realization that Robert was actually a highly effective front desk manager in spite of his interpersonal gaffes and odd demeanor. But, so sorry to say, fundamentally unsuited to anything above that level. After all, success in the hotel industry ultimately depends upon people skills. Some got it, some don't. Guess you're just born with it. Or not. Not something you can necessarily learn, really.

Then, to top it off, he asked Robert why he had decided to work in the hotel industry. And in a moment of unexpected candor and stark honesty, Robert blurted out that he always liked the beach because he enjoyed putting a shell up to his ear and hearing the sound of the ocean. At that instant, he felt like a little kid somehow, and totally mortified, and walked out of Mr. Wolfe's office without saying another word. The next day, he handed in his resignation.

Robert wasn't home right now, but Mary expected him to show up any minute. His moodiness and gloominess had become unbearable, and finally a few days ago he had quietly announced he was going to drive up into the mountains and didn't know when he would be back. The silence in the apartment had begun to make Mary uncomfortable, and she had become concerned about his mental health. Maybe a few days out on his own would invigorate him, give him a new start, something like that. After two days, he called and let her know he would be home soon. He sounded calm and peaceful on the phone, like everything had worked itself out. The mountains were beautiful, he said, and he had found peace in their cool heights.

Relieved, she flipped on the TV after heating up a frozen dinner plate in the microwave. The news came on. Big local story. The general manager of the hotel where they had worked had been found dead on the beach in his jogging outfit, apparently beaten to death with a blunt instrument of some kind. This appeared to have happened just before sunrise, an hour or two before Mr. Wolfe was supposed to come in for work.

She felt a shock of sadness and pity come over her for the terrible, untimely demise of this man. She knew he had a wife and kids, maybe even a grandkid or two. What a terrible tragedy. True, he might've promoted Robert, but then again, he could've fired him years ago as well. He certainly had his justification for doing so. And Robert had never spoken an ill word about Mr. Wolfe, ever. He despised that Dylan guy with every fiber of his being. That much she certainly knew. But he had nothing at all to say about Mr. Wolfe, whether good or bad.

A few hours later, Robert came in. He seemed relaxed and rather sleepy. He wore a strangely satisfied smile on his unshaved face. She encouraged him to get in the shower right away. How long since he last took a bath? Never mind, just get in there. I'll get your stuff out of the car. His one small suitcase was in the back seat. She saw a soft drink cup and some fast food wrappers in the front. Better throw that away while I'm here. Mary liked the car clean, and had washed and vacuumed it thoroughly the day before he left. She wondered if there was some mountain mud on the floorboard and took a look. Instead, she saw lots of sand.