If you believe the ancient Mayans, or the latest news reports on the economy for that matter, this could be the last full season of television before the world ends. I can't think of a better excuse to kick back, let my calls go to voicemail, and renew my commitment to lethargically gazing for hours into the idiot box. Yes, the fall premiere season is almost upon us, and we can be grateful that the networks have once again managed to cook up a handful of new shows that might be good, and are bringing back some favorite established programs for a new season.

Here are some new shows I'll be watching:

Featuring the long-awaited return of Sarah Michelle Gellar to her native network (The CW, formerly The WB), where she not only stars as a pair of identical twins, but also executive co-produces the show. Ringer is described as a drama-thriller about a woman, Bridget, who is on the run from the mob, and takes over her twin sister's life after the sister disappears. Wouldn't it be ironic if Ringer turned out to be better than Joss Whedon's recent two-season flop Dollhouse? Then we might realize that all that time we were worshipping Whedon, Gellar was the real power behind the Buffy throne. That's probably a stretch, but this show is first on my must-watch list this season, if only for nostalgia's sake. 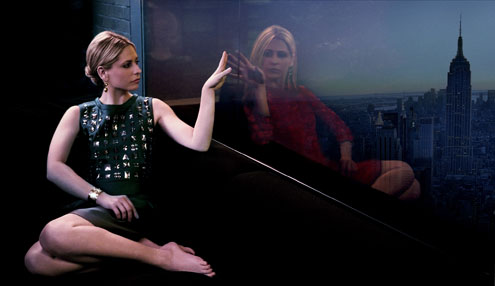 Maybe this is NBC's consolation prize for those of us who were hoping that last season's sci-fi thriller, The Event, would be worth a crap and would not get the ax after one season. Grimm is described on Wikipedia as a "dark fantasy," and has a premise eerily similar to a certain CW show: "A homicide detective learns that he is a descendant of a group of hunters known as 'Grimms,' who fight to keep the balance of humanity safe from the supernatural creatures of the world." Maybe NBC has finally realized that supernatural-themed shows are -- gasp! -- profitable. The prospects for Grimm are more than a little iffy, however, given NBC's record on these kinds of outings, but there's one clear sign that it might be more than a blatant Supernatural rip-off: David Greenwalt, who was executive producer of the Buffy spin-off Angel, as well as the short-lived but excellent paranormal show called Miracles, is an executive producer for Grimm. Cross your fingers out there, fans of things that go bump in the night.

I generally avoid crime dramas like the plague -- except when Mom forces me to watch one of her horrible Law and Order DVDs -- but Person of Interest has a science-fiction twist and is produced by J.J. Abrams of Lost and Fringe fame, which is just enough of an alteration of the standard formula to push the show onto my "must-watch" list -- for a couple of episodes, anyway. According to my sources, the plot involves "a mysterious billionaire who has developed a computer program that predicts future crime victims." Could be interesting, I suppose. You gotta love those mysterious billionaires, putting all that money and free time to such good use and keeping America safe. I'm just wondering what kind of crimes the computer program predicts. Shoplifting, jaywalking, and that kind of thing? Entering a restaurant without shoes and a shirt, maybe?

This is Fox's latest sci-fi effort, in which a group of people in the year 2149 time travel back to the era of the dinosaurs to escape the end of the world. Hey, sounds like a good plan to me. I mean, why bother trying to fix your problems when you can just jump in a time machine and go hang out with the Flintstones? To be honest, Terra Nova sounds like a train wreck, but as a self-professed connoisseur of all things sci-fi and fantasy, I feel obligated to watch. Time travel, in general, has gotten to be the most over-used premise in sci-fi television for the last few years. Personally, I have never believed that time travel is even possible. I look at it like this: The past and the future don't really exist -- they're just abstract concepts that help us understand our lives. How can you travel to a place that doesn't exist? You can't. That's my theory and I'm sticking with it.

Getting back to my topic, Terra Nova sounds an awful lot like the old Saturday-morning show Land of the Lost. It remains to be seen if a prime-time audience will love the dinosaurs as much as kids in the 1970s did. Steven Spielberg is listed as one of 10 "executive producers." His actual level of involvement with the show, I'm guessing, is somewhere between slim and none. They probably just called him up and offered him some money, and when he replied "uh...," that was enough input to slap his name in the credits. Steven, your check for 10 million is in the mail... not that you'll be looking for it.

I know what you're saying: "Those sound like great new shows, Ted, but what about returning old shows? Tell me about those! More specifically, which ones will you be watching?" Well, I'm glad you asked.

After avoiding this for a long time, I finally watched an episode and found it fairly entertaining. It's about a rogue government agent, who generally kicks butt, rights wrongs and sneaks around in tight spandex. Starring the Hawaiian-born model Maggie Q, Nikita is sort of a cross between 24 and Dollhouse that takes itself less seriously than either. It will be taking Smallville's old slot before Supernatural on Friday nights, which means I probably won't miss an episode.

Somehow, over the years, this has become my favorite show. It seems to fulfill the same psychological need as Buffy or Angel, which might be something along the lines of "the struggle for personal power and sanity in a hostile world." Also, the low-class, gritty vibe of the thing makes me feel a lot cooler than I actually am.

Parks and Rec has been steadily closing in on The Office as NBC's best sitcom. Sometimes it gets a little close to chick territory, with the various romantic entanglements, but otherwise, it's consistently intelligent, funny, and original. In other words, the anti-30 Rock.

(Mini-spoiler ahead!) Steve Carrell has set sail for the land of bad romantic comedies. It will be interesting to see whether the show withers or blossoms without him (I'm hoping for the later -- Michael Scott was never one of my favorite characters). Also, Pam will be carrying Halpert baby number two at the start of the season.

Peter never existed, according to those bald guys in fedoras and suits. I assumed this was an elaborate way of writing Joshua Jackson out of the show, but according to the show's producers, he's still on the payroll.

I'm not going to lie. I've been kind of frustrated with this show lately. Time travel and alternate universe doppelgangers and blah blah blah. I'm just not buying it. I'm also going risk the wrath of Fringedom and say that I find Walter to be incredibly annoying. Sure, he was amusing for the first couple of seasons, but there's only so much drug-induced babbling in a Shakespearian accent that a person can take. Forget all those exotic diseases -- Walter needs to find an antidote to himself. 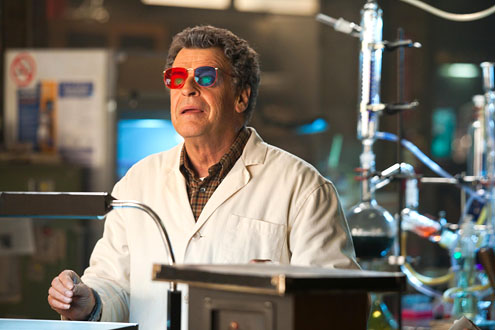 How to improve Fringe? The same way any show could be improved: Forget the complex plot gimmicks and special effects and focus more on the characters. Bring them to life. Make me care about them. That's all there is to it.

That wraps up my fall preview for 2011. Hopefully, some of the shows mentioned above will spiritually prepare you to meet your maker if those end-of-the-world rumors turn out to be true, or will at least drown out the screams while the earth is overrun with four-headed dragons, scary bat-like creatures, giant lions with pharaoh heads, machine-gun toting gorillas on skateboards, and vacuum cleaners that come on and vacuum by themselves.